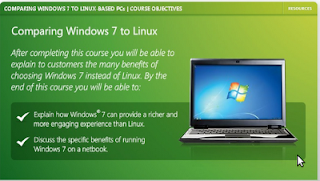 Well, it looks like Microsoft has come out fighting with Windows 7. Will 2010 be the downfall of Microsoft. When Microsoft forces you to choose sides a lot of customers with fight back. Thanks for the competition Microsoft you gave your shareholders a good ride. 2009 you have lost 40 billion dollars from your war chest after having laid off 5000 people. If you only lose 40 billion in 2010 Ubuntu will have done its job. People will be better off because off Open Source software. We all know the viruses pre-installed in your software.
Posted by King Arthur