Will You Be Able To Get Cash From Banks In A Crisis? Mike Maloney 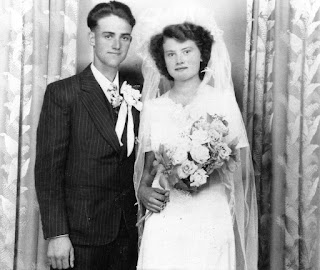 What does the Bitcoin halving mean?

Well, the day has finally arrived. It has taken 11 years, 4 months, 9 days or 5,971,680 minutes. The minutes value might confuse you because who counts 11 years in minutes. Well let me explain.
When Satoshi first launched Bitcoin- Jan 3, 2009 he decided that the 21 million Bitcoins would be released gradually so that he and Hal Finley wouldn't get to keep all the coins. Satoshi thought the fairest way to do this was via a gradually predictable disbursement of money. Not like today when most government are just helicoptering money in and giving it mostly to the banks.

In fact, it was on May 22, 2010, when Laszlo Hanyecz made the first real-world transaction by buying two pizzas in Jacksonville, Florida for 10,000 Bitcoin. So, it took over 1 year for someone to consider Bitcoin worth something in the real word. Bitcoiners could celebrate Bitcoin pizza day, and some do, but most of us celebrate today -- the Bitcoin halving. The reason is because Satoshi decided that for every 210,000 blocks mined the Block Subsidy would be cut in half. So, yes once the block 630,000 is found the reward for finding the nonce will get cut in half. This indirectly says that if you buy Bitcoin before the halving epoch you got cheap Bitcoins. Only 1,312,500 Bitcoins will be created in the next 4 years, which is now equal to the stock to flow model of gold.  So, the question now becomes, "Do you like gold or Bitcoin.

Bicoin Info link
Getting the reward subsidy is a lot easier then scraping together the transactions fees because on chain money transactions can occur at 1 sat per byte if the network is handling less that 3.5 transactions per second.  It is only when a lot of wallets want to exchange Bitcoins that the transactions fees are why the miners try to find the nonce.  On what block did you say I do? or are you like me and got married before there were Bitcoin blocks being formed. Currently over 10 billion US dollars change hands every day via the Bitcoin network.