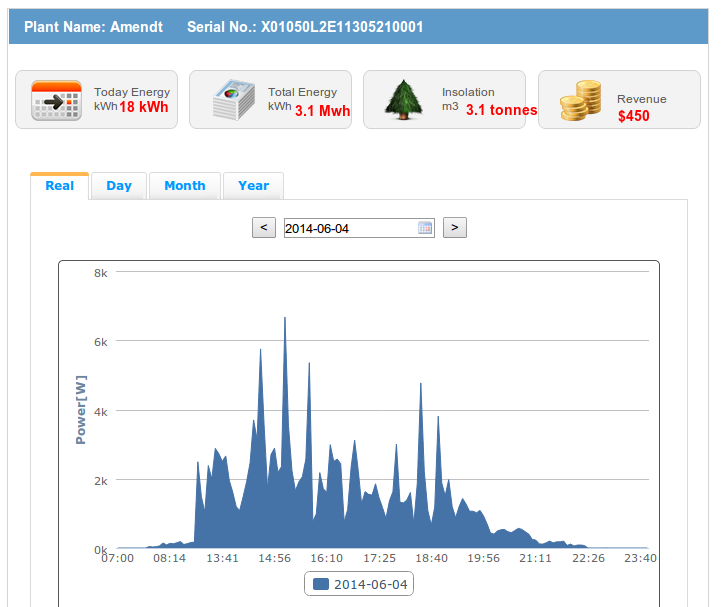 Just over a month ago I passed the 2 MWh of energy produced by the sun and now I am at 3 MWh. As you can see by the image I only produced 18 kWh yesterday. Mind you, the day started off snowing. Only for a few minutes did I actually produce 6 kWh.
I just found out that Ontario has just shut down their last coal generation plant. In Alberta we still have 18 coal fired generators currently producing over 5000 MWh. Even in the United States Gina McCarthy (EPA) has announced a Clean Power Plan which will reduce the use of coal. Locally Tumbler Ridge is already feeling the pinch -- house prices are less than last year. In Alberta Wind and Solar are already surpassing Hydro. Not that gas is the best way to get energy. http://topdocumentaryfilms.com/ethics-fracking/