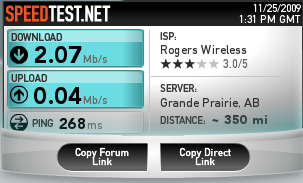 I found this out yesterday while helping a friend setup a Bell usb stick. This is the first kink in Microsoft's armour that has effected me. Normally if your manufacturing a usb 3G cellular modem you make sure you have the driver perfected for M$ computers. Or,I guess Qualcomm never got the memo from M$. They might have switched sides to support Goggle, IBM and other open access companies. Even Dell doesn't bow to M$ any more, Every since Michael Dell can use Google Android platform to sell their smart phones they don't care how much M$ threatened them. In fact, every day that goes by it is Steve Balmer bowing more and more to Michael Dell. His method of manipulation is coming to an end.
If you need Internet and want the 3g usb modem to work either use Ubuntu or buy a fon router. Most 3g usb modems just plug into the router and work.
Posted by King Arthur No comments: 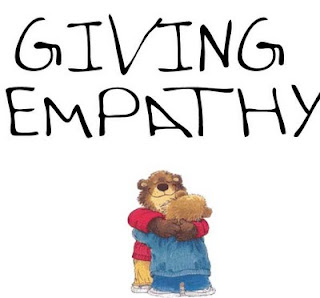 I am starting to enjoy Empathy and the features it now offers. Remote desktop being the most important. Not having to worry about Network Address Translation or router configuration in general makes Ubuntu people able to help other Ubuntu people easily. Even newbies helping newbies Talk about a receipie for success. With Yuuguu you have to setup another account and install one more annoying application. Yuuguu almost is as bad as Skype for this, both default to automatically boot when your computer starts. Mind you they both aren't as bad as MSN that you can't remove from your start-up process. Mind you most people who use M$ programs don't worry about quick boot times. Many features of the popular chat clients (Yahoo, AIM, MSN) are not available in the alternative clients. And implementing them is not only difficult, but the companies would/will try to prevent this via technical and/or legal means. That is why I stick to Empathy. I find, it is better to encourage people to stick to the standards (jabber/voip) and make them easier to use. Maybe even integrate Pidgin/Kopete/Empathy with Ekiga or some other voip client to make this happen with standard protocols. Open Instant Messaging has been in dark ages for quite a few years. It is time for it to be opened up like email was 15 years ago. Join gmail.com or other domains that federate with Google and lets get Instant Messaging on the road to usefulness.

As for supporting the additional features in MSN/AIM such as voice calls and video and what not is a wast of time IMHO, because you would need to reverse engineer much of it only to have them change the specs to cut you off. The solution to that problem is making them work with Wine. So if you absolutely want/need proprietary stuff you can use the original program.
Posted by King Arthur No comments:

It's my birthday. - A day in the life of a King 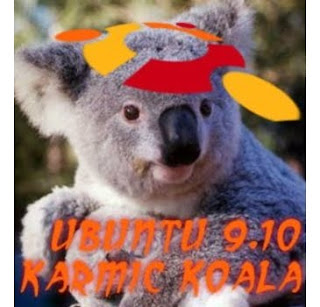 Well, let me see, it is 2009 years since Christ was born and I was born in 1964 that means I have circled the sun 45 times, but more importantly I have been using the x86 architecture for over 30 years. Who says computers change daily. LOL I know a lot of people would want my blog to be about technology and how to exchange info easily; but it my birthday so I don't care how many people I help.--lie LOL. I will tell you about my day yesterday.
November 21, 2009 start with me trying to track down a moose, with our dog Chika being great at sniffing out where the moose went,and me being to old to run though the deep snow. We never got the moose and Chika was confused at how I wanted her to help me. Then after feeding the cows I went in the house to my $300 x86 3GigHz computer, read my rss feeds and watched some NCIS while Judy and I ate cream of wheat with blueberries. At noon I took 2 power-saws and fell 3 dead trees. One busted my fence even though I was standing 8 feet off the ground cutting it off at over 10 feet up. The base fell 2 feet away from the stump so the tree top touched the wire, ok the top was over 10 feet past the wire anyways. It is hard to tell how tall the trees are when they are standing or to fall them the way they are not leaning. Alan called from Ecuador so I spend 2 hours helping him. The first hour was done via chatting without seeing his desktop. In Ubuntu 9.10 the easiest Remote Desktop comes via Empathy Messenger. After entering his Gmail credentials it took 20 minutes to get him to figure out how to answer the empathy voip phone. We need to work on Empathy Usability for newbies. (make it flash more where the user is to click to accept calls). After seeing his desktop we did a desktop / networking lesson. He was using free Internet at McDonald. good enough for VoIP and Desktop Sharing, but hard to send Video and every 10 minutes, if too many Mcdonaldites were online, the VoIP would degrade. I had to hang up because the basement window was open and the 3 trees I fell weren't getting into the basement without human intervention. The temperature was dropping a degree a minute. I finished up in the dark and closed the basement window before the 20 below hit this morning. After eating pizza for supper it was on to helping my other brother Ed who has a decent Internet and has Empathy figured out -- almost. We transferred Farmer Joe -starring King Arthur if you haven't watched it yet your missing out. I had to use Yuuguu for remote desktop for some reason. The audio via google talk was better than through the cell phones even with the blackberry. We enjoyed reading craigslist together trying to buy up Fort St. John. Almost as good as garage saleing together. We never bought or sold anything. Then Mark trying to remotely view my 24 inch desktop on his 7 inch eeepc. Empathy handled the info, but the scroll buttons on the eeepc got worn out being dragged back and forth. Saturday are usually my time to watch hockey, but laughing with my brothers can be just as enjoyable. I got to bed before midnight. Thanks for spending the day with me.
Happy Birthday from Lorna, from Charlene
Posted by King Arthur 2 comments:

Windows 7 and the blue screen of death. 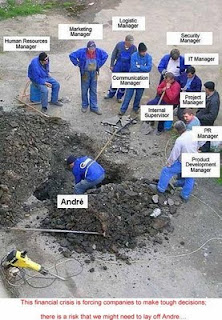 Well I got to fix a Windows 7 machine yesterday. It couldn't connect to the wireless network. It was asking for the Router's number instead of the WPA2 password. It would have only been a 5 minute job if it handed given me the blue screen. A slow reboot got it running again. It still takes over a minute to start-up Windows7. If this is the best M$ can do I would look elsewhere. Ubuntu boots in 20 seconds, doesn't have all those pop ups / ads /crap-ware installed. This poor product by Microsoft will make Canada and the USA less competitive in the world. Maybe I should move to where people make good products and enjoy helped each other out. Any ideas where? Someplace where Andre isn't the only one working.
Posted by King Arthur No comments: