How to give money to 1 billion people 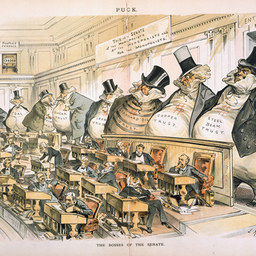 How do you give money to 1 billion people fairly?  Most people think you have to have a benevolent dictator; but I would like to show you what bitcoin has done in the last 11 years without a central controller (dictator).  We just passed the 1 trillion US market cap.
Most people think that bitcoin became money on May 22, 2010 (10,000 bitcoin for pizza) which would make bitcoin 11 years old today. There is now 100 million bitcoin users, but that doesn't mean equitable distribution. (everyone doesn't hold 0.1 bitcoin).
The reason Satoshi created bitcoin was to stop the bailout of banks (money printing). This cantillon effect of money printing causes certain people to have more capital than other people. As we have seen this last year, the rich get richer as the poor get handouts via the inflation tax. This teaches them to not rely on themselves, but on the government handouts that buy less and less real goods

Now that bitcoin has caught on we have seen what effect influencers have on bitcoin.  Elon Musk tweeted last week about how much energy bitcoin was using and that caused the price to fall.  How can one man with 55 million twitter followers cause so much havoc? It has to do with network effects and that people like to follow each other. Bitcoin now can be used as value transfer because network effects.  Everybody knows someone who values bitcoin so if they accept it they know they can give it to someone else.  This cannot be said for other bitcoin subsidiaries. To go from an idea to everybody know someone who in real life has something in 11 years is amazing. Would you believe bitcoin doesn't have an advertising budget or paid influences. Amazing. At current rate of growth 1 billion people will own bitcoin in 4 years.