Bitcoin has gone from government laughing at it till governments fighting it. 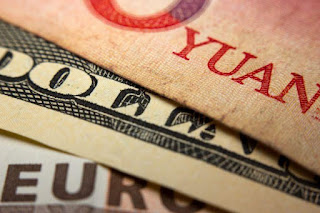 "first they ignore you,

then they laugh at you,

then they fight you,

On Jan 17, 2020 Her Majesty’s Revenue and Customs offered 16 Bitcoins to any one who is willing to do Bitcoin Block-chain analysis to deanonymize bitcoin transactions.  This is the last step before Bitcoin becomes the currency of choice. Sure it has been 7 years since the US arrested/convicted Ross Ulbricht for allowing people to buy drugs anonymously. Some people have been trying to use Coinjoin to avoid KYC (Know your customer) rules. The problem with using Bitcoin is you can't send the whole amount in your address so whatever is left behind at least one person knows who you are.
Is there a better way to keep your privacy? Several of the most prolific Bitcoin Core contributors — including Pieter Wuille, Anthony Towns, Johnson Lau, Jonas Nick, Andrew Poelstra, Tim Ruffing, Rusty Russell and, indeed, Gregory Maxwell — are working on a Schnorr signature proposal that would include Taproot, all in one protocol upgrade. If this upgrade goes ahead it will be harder to deanonymize bitcoin transactions. There is not a time frame on this proposal, but probably will be available for smart contracts in a years time. The second layer Lightning network does help deanonymizing bitcoin transactions because there is no permanent block-chain record -- just signatures that you lost x amount of Bitcoin to the cosigner. x amount of on chain BTC is still available in your wallet.
Iran has been sending oil to China even though the US outlawed it. Venezuelan has had a hard time trying to avoid US sanctions.  Maybe in the future Central Banks will be asked how much Bitcoin they have rather than how much gold they have stored at Fort Knoxs.


AMEN Do That.
Posted by King Arthur No comments: