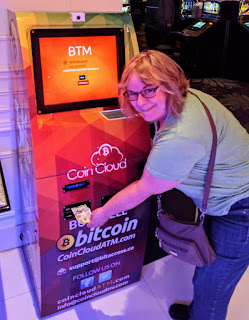 The last few days I have spent educating people about Bitcoin. Basically, I am teaching the technically challenged about how Bitcoin works under the hood. My friend Ted says “There is too much misinformation out there.” If you head over to www.BadBitcoin.org you would almost have to agree with him. People like to get information from whomever they know so I will do this post. Social Media does help people learn, but people don’t want to take the time to learn something complicated or even teach something complicated unless they are learning from a friend. So, here is my contribution to the Internet so that Ted (whom I know irl) can understand bitcoin.
How do I acquire Bitcoin?
You work for it or sell something you own.
Why should I acquire Bitcoin?
You need to get some product or you want someone to work for you.
Is Bitcoin really that simple?
Yes! After plugging your Rasberry Pi4 onto the Internet, you download www.BTCpayserver.org. Make sure you have Layer 2 — the Lightingnetwork installed, so you don’t have to pay a lot for on chain transactions. Note: Bitcoin is limited to 5 transactions per second and if you want to guarantee that your transactions makes its way onto the next block you might have to pay a fee of more than 180 Satoshies. Then you make a segwit on-chain wallet either on your RasberryPi4 or on your cellphone (or both) making sure to write down your keys. Most people call them Private Keys because if you let anyone else know your 24 words your money might move to another wallet. You do have the option of making your wallet usable via 2 to 5 private keys. Bitcoin has been improving a lot thanks to the cyberpunks over at github.

Only 30 million entities have bothered setting up a wallet because of a number of different reasons.

That is a valued concern. I have been offering my time at 1 million Satoshies per hour (.01BTC or C$100), but now that Bitcoin is at C$13k per 1 BTC, I am thinking of lowering my wage. $130 / hour seems a little steap for some reason. I just solve computer problems I am not a C+ / javascript programer. It’s it weird how hard money causes people to lower their wage instead of always expecting a wage increase.
2. Who is it backed by?
We the users. The evidence for this lies on July 21, 2017 which proved that the users of Bitcoin proved that they were in control. The story goes — the miners where content to keep on slowing the transactions throughput thereby increasing the mempool thus making the users pay more fees to have their transactions included in the next block. This Bitcoin Improvement Proposal (BIP) 91 forced a lot of us Bitcoin users to run our own node even though we were content to allow the miners to do the hard work. After the Segregated Witness upgrade was activated at block 477120, the amount of data per transaction was reduced to 180 Bytes. This forced miners into giving up there quest for higher fees and they started to enjoy receiving just the 12.5 BTC as a reward for finding the nouce. Finding the nouce allows the miner to receive the reward and the fee into his wallet.
3. Ok, I agree the miners don’t control the nework, but don’t the programers control the network?
No, every Bitcoin node has the right to download the latest upgrade to the Bitcoin network. If you look at this website Dashboard | Clark Moody Bitcoin you will see that tBitcoinhe last 3 versions of the Bitcoin software are used about equally (people upgrade their node if and when they feel like it.)
4. Ok, I agree the wallets (users) control the network, but don’t you need guns or nukes to have the ability to print money?
In Venezuela Bitcoin is used daily even though Maduro controls the army and airforce. Mind you, now days Maduro has conceded to allow the Venezuelan people to useo to a ne the US dollar in thier transactions with others. A few months ago the Venezuelan banks were not allowed to accept the US dollar.
5. Ok, ok, ok … but wouldn’t the government just shut down part of the Internet?
This Bitcoin threat, I am not sure that this can be prevented. If you look at Egypt, Iran, Russia or China as a case study in controlling information exchange. VPN, tor and other means always have come through with the goods to allow people to communicate with each other. And if you think about it Bitcoin really is just a communication platform that allows you to send time to each other.


If you have come this far down the rabbit hole with me and if I where you, I would start sending messages with the money of the Internet
*Bitcoin*