Costs of Electricity in Alberta

Some days I make less than 1 kWh, if I removed the snow I would get 4 kWh from only 7ish hours of sun. This year I have now made 6500 kWh and I have banked 1500 kWh. In Alberta, all micro generation sites are allowed to send electricity into the grid and get that energy out from the grid at a later time. You still have to pay for the Transmission and Distribution Charge, but at lest you don't have to pay for the Production Charge. That is why people with solar still want to buy a hot water tank that can use electricity only when the sun is sunning.
My invoice tells me I pay 29 cents per kWh. I am amazed that the Local Distribution Charge is 2.5 times more than the cost production of the electricity. If I used a gas generator to generate electricity I figure it would cost me 37 cents per kWh now that gas is only 87 cents / liter. (Wiki says 87 octane gas has 32 MJ or 8.88 kWh per liter. Most gas generators are 35% efficiency so 1 litre of gas can make just over 3 kWh.) If  I go "fill up" at a charging station it is $0.79 per kWh. With lithium energy storage still at 4000 cycles per useful life storage still costs $387 / kWh 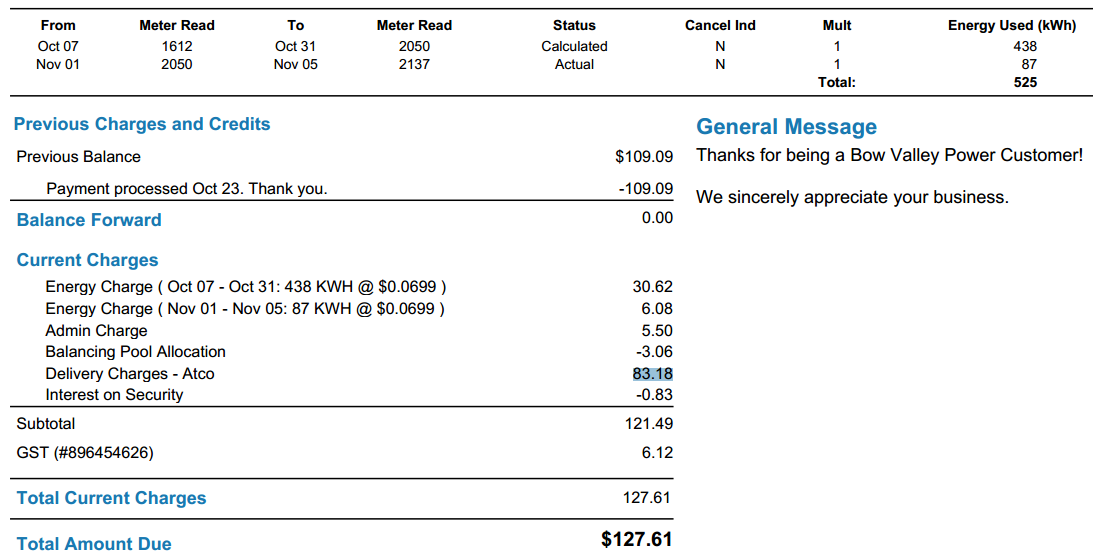